Generous: (1) Showing a readiness to give more of something, as money or time, than is strictly necessary or expected. (2) Showing kindness towards others. 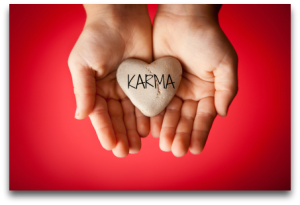 This  month, Dougie and I will celebrate our 14th wedding anniversary and Katie will turn eight. Finances are as tight as they can be so the anniversary will come and go without fanfare. The birthday of our favorite 2nd grader is more important. This year, in addition to a “friend party” at Pump It Up (the place of super bouncy house fun, which I’m even surprised they let me in to considering the “incident of 2010”) she also has her eye on a few gifts but more than anything, she wants to go see The Lion King. The classic Broadway musical lands in Wichita tomorrow for a 4-week run.

Although this may sound like a Veruca Salt tangent of a birthday list, those who know Katie, know the child does not have a demanding bone in her body. She is the epitome of good nature and a kind heart.

Knowing I couldn’t afford to buy Lion King tickets, my inner teenager emerged and I thought, “I’ll win them, that’s what I’ll do.” In the late 80’s and 90’s my radio contest winning prowess was known across the land. A boom box, concert tickets, free pizza, $100, lottery tickets, all items I won just for, “listening to win” and pressing that redial button like a fiend.  On Saturday, I consulted Twitter and Facebook about what contests were coming up and within minutes I received TV and radio leads. I started making a list. I did a few thumb exercises. I tested the redial button. I. Was. Ready.

A friend I met through the wonderful often-misunderstood land of the Twitter contacted me via private message. During a brief exchange he informed me that his family would like to buy tickets for our family.

I was confused, then adamant, “No, that’s too generous, I can’t accept.”

He insisted saying, “We are giving them away because we’ve been given to. You can pay us back with your happiness. Wish Katie a happy birthday.”

It’s hard to watch the news some days. It’s hard to hear stories about people hurting each other, being unkind, only motivated by greed and selfishness. Then the “Johnsons” come along, (exaggerated air quotes to denote fictitious name) and I’m reminded about goodness and the importance of paying it forward. Quiet angels exist all around us, they  just don’t always want to be known publicly.

On Tuesday, September 18th my family will attend The Lion King musical, or as Katie likes to call it, the “real people movie show.” We’ll marvel at the costumes, “ooh and ahh,” at the set design and sing off-key to Hakuna Matata.

Then when we’re able to, we’ll quietly pay it forward. Thank you, Mr. and Mrs. “Johnson.” Your kindness is a ripple that will go on and on.

“The life I touch for good or ill will touch another life, and that in turn another, until who knows where the trembling stops, or in what far place my touch will be felt.”

3 thoughts on “The Day Twitter Was A Magic Genie” 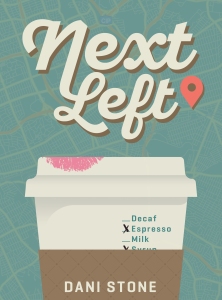